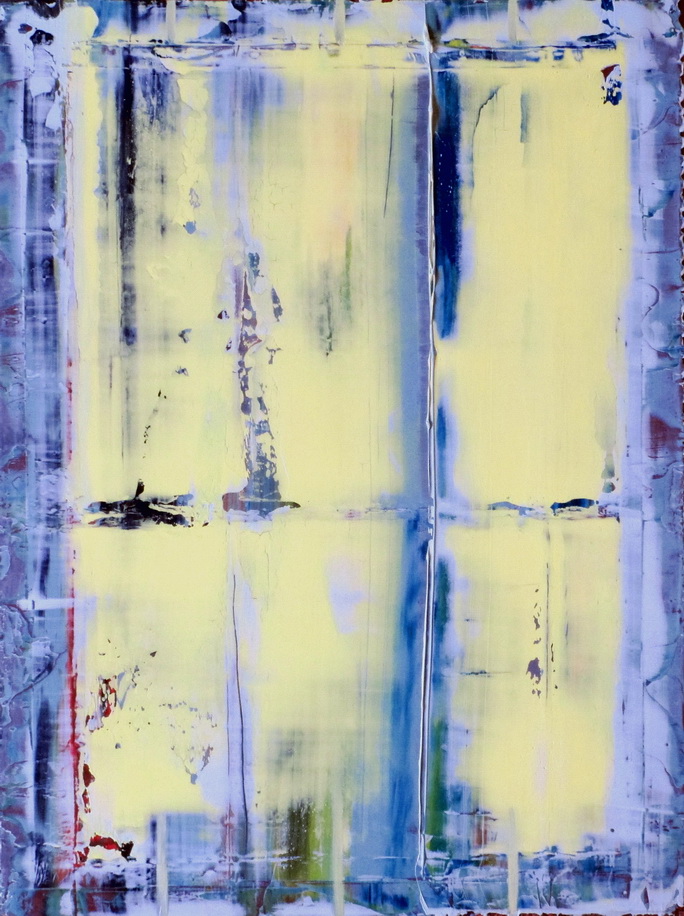 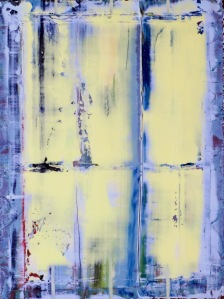 A ticking clock, a calender and a darkening sky – a trilogy of time and mortality.

How do you express or capture the sound of bells? This was a constant issue for me running alongside representing the more obvious and literal connections to vessels making the sound. In the end I persevered with the same basic composition but worked over it again and again until the colours and edges ran into each other making the shapes less discernible, less geometric and hopefully less predictable. Although the piece appears quite ‘minimal’ in its final incarnation, the resulting surface is full of interest and variation at very close inspection, and as a result seems resolved.